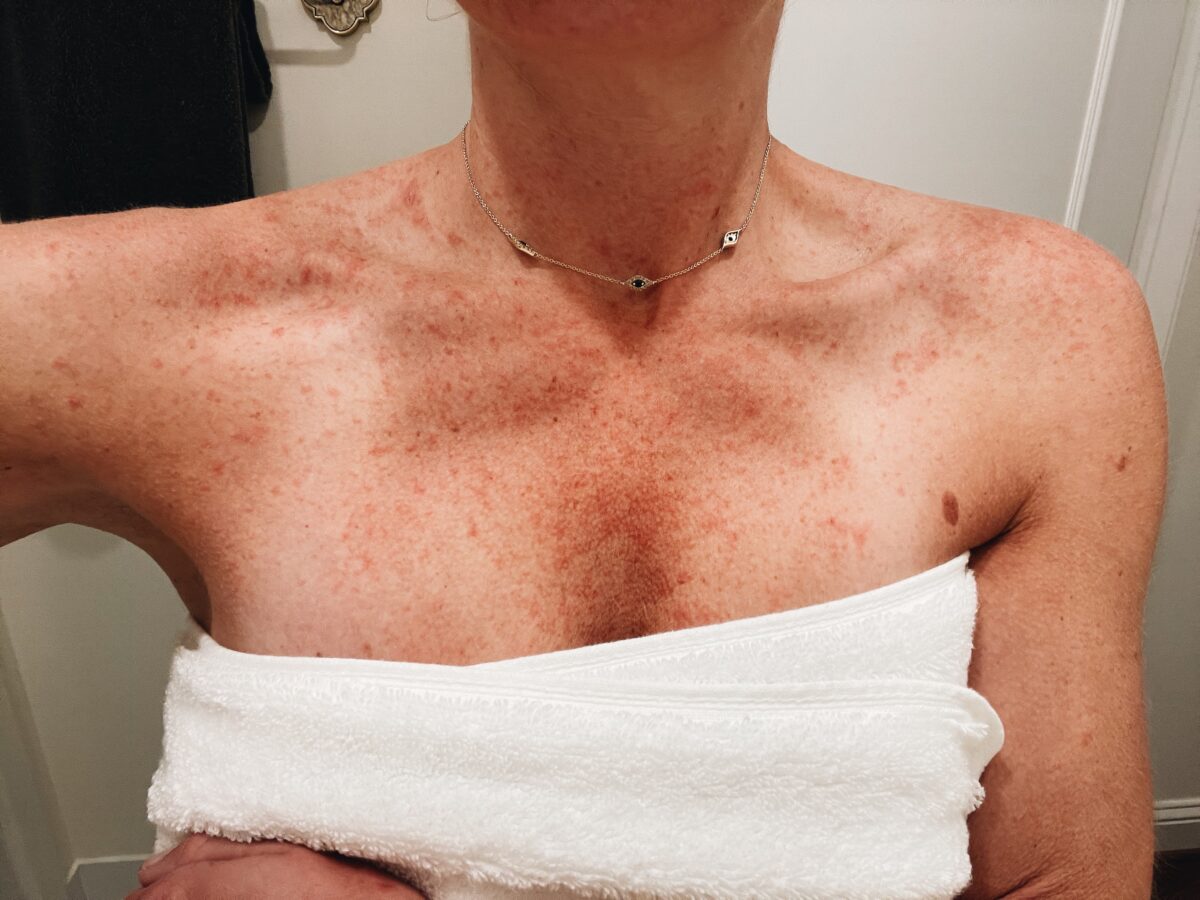 Let’s just start at the beginning… I’ve dealt with ovarian cysts since high school so having one wasn’t really that big of a deal. However, they typically go away since I was on birth control and that’s the only way to regulate them. The one I had to get removed hadn’t gone away in 2 years and kept getting bigger. They aren’t really painful unless they rupture which I’ve had happen. It’s more just an annoyance each month. That’s why my doctor suggested surgery so I didn’t have to deal with it anymore. Great, let’s do it.

Three weeks later… After eating lunch on a Wednesday afternoon I noticed some pain in the upper right side of my abdomen. I’ve had ulcers before so I thought maybe I had one and it would go away. I had a friend over for dinner that night and after eating again the pain got worse. Finally, around midnight I called my parents because the pain had moved into my back and all the way down my right arm. That’s when they told me I needed to go to the ER immediately.

Once I was at the ER, they ran several tests but basically just said I had an inflamed gallbladder and to follow up with a GI doctor. Well, I couldn’t get an appointment with ANY doctor until Monday. By Saturday morning, I was in such excruciating pain I ended up taking 2 of my hydrocodone from my ovarian cyst surgery because I couldn’t take it anymore.

By Sunday morning, I was in tears and had never felt such pain in my life. There was no way I was going to make it to Monday to get to the doctor so I went back to the ER. Finally, after more tests the doctor told me I was going to the hospital for gallbladder surgery. Awesome.

Did I mention surgery was the day before my birthday? Well, I spent 3 nights in the hospital because even after the surgery I was still having pain. On my birthday, I got to drink some horrendous crap so they could watch it go through my body because my doctor was nervous I might have some rare condition anorexia women tend to have… Ummm hi, I love food.

Nothing showed up on that test so we moved on to a GI scope the following day. FML. Nothing really showed up on that either except very minor gastritis. The doctors final diagnosis and treatment plan: GAIN MORE WEIGHT. Eat anything I want? Easy. Praise be.

I was doing fine for a few months except some flare ups when I ate super fatty meals. I rarely get sick either so on New Year’s day when I got strep I was pissed. Not a huge deal, but I was so ready to get back into the gym after not being able to workout for a while after the two surgeries.

If you’ve followed me for a while then you know I had been thinking about freezing my eggs for a couple of years. Well, because of the ovarian cyst surgery my egg count went drastically down. That’s when I decided I had to move forward with the egg freezing surgery. Did I want to do ANOTHER surgery?! Absolutely not. Especially one that involves giving yourself daily shots of a bunch of hormones.

I wrote another post that goes into more detail about my egg freezing journey which you can read here. Overall, it was a successful surgery and I was able to freeze 8 eggs for my future. Minus being depressed for a month, it was worth a third surgery.

A month after the egg freezing surgery, I woke up one day with strep throat…again. WTF? The urgent care doctor told me if I got it again I may need to get my tonsils out. ANOTHER SURGERY?! NO. I REFUSE. Luckily, I went back to my ENT and he told me he thinks it’s actually related to my gastritis issues. Thank goodness…kind of. He put me on Prilosec for three months to see if the “strep” issue goes away. Please………………

Meanwhile, I was also dealing with two bacteria overgrowths in my body. My doctor put me on an antibiotic, but after taking two pills my mouth tasted like metal. Ewwww. So, she gave me this one dose mega antibiotic that was supposed to be much better and a lot easier than taking an oral antibiotic for 10 days. Amazing, give it to me.

Nope, bad idea! It was the same class of medication as the oral antibiotic I tried to take earlier in the week. I woke up the next morning with small red dots all over my body. They didn’t itch or anything so I really didn’t think much of it… Fast forward a few hours… The itching started and I quickly realized I was having an allergic reaction.

ARE YOU KIDDING ME?

That picture at the top of this post hardly shows how bad it got… That night my face started swelling and my tongue started tingling. That’s when I got really scared. I set an alarm to wake up and make sure I was still breathing that night.

Earlier in the day, I did go to the doctor and get a steroid shot. Unfortunately, they can take up to 24 hours to kick in. When I woke up (still breathing luckily) things had gotten worse and I was SO uncomfortable. I went to the urgent care and they gave me an EPI Pen shot. Didn’t really do anything…

By noon that day, my body was completely red and itchy. It was miserable. Finally, almost a full 48 hours later the steroid shot started working. THANK GOD.

It’s been 8 months of dealing with something health related… I really can’t take it anymore. It’s draining.

BUT… I’m moving forward. I’m accepting that my body needs time to fully heal from everything I’ve gone through and I’m not going to push myself to any extreme healthy lifestyle.

I have reached out to a functional medicine doctor because I truly think all of these issues are related in some way shape or form. I’m on the waitlist right now so stay tuned!!!

*Anything you see posted will be for work I’ve already contracted because I do still have to make money.*