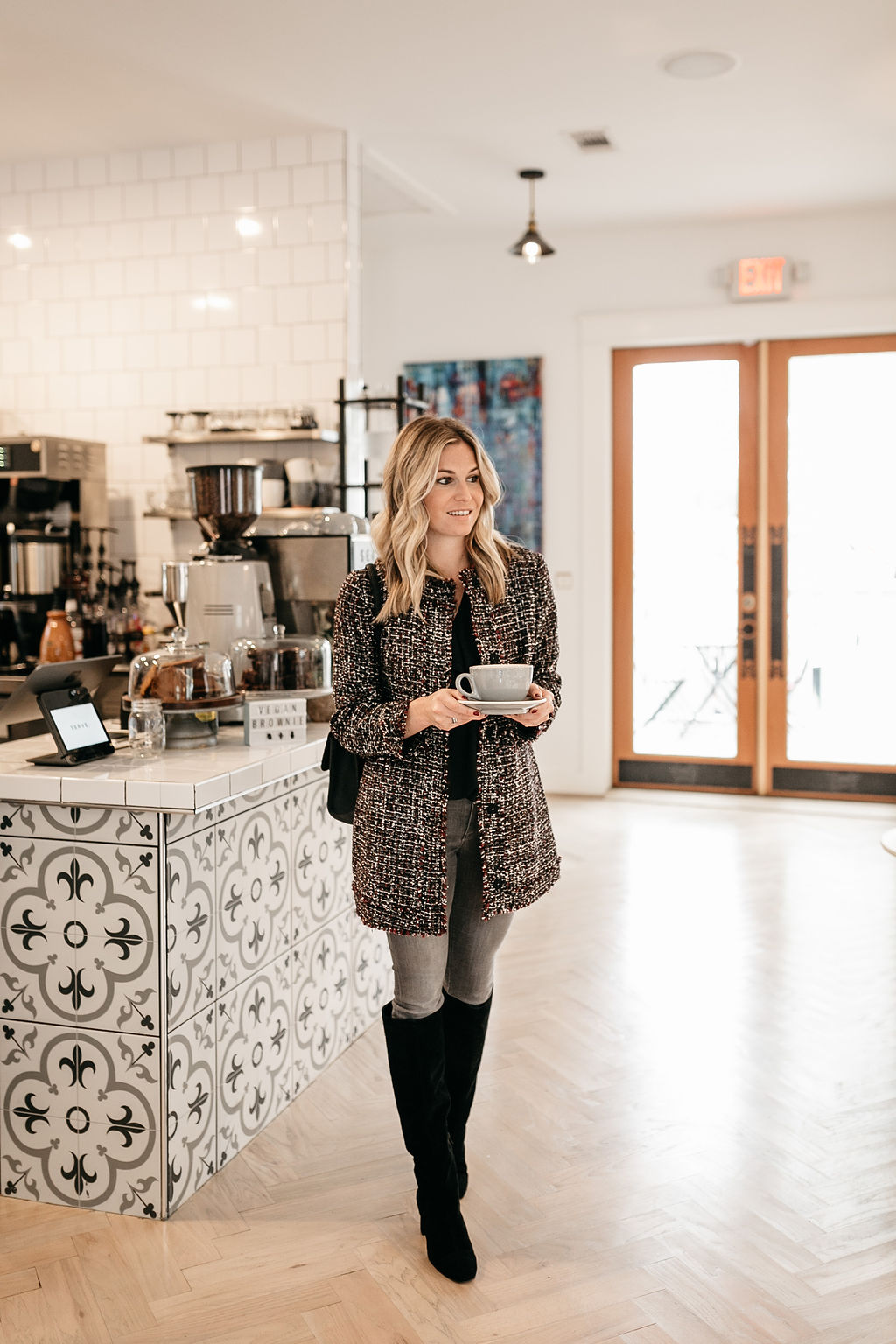 Let’s face it… Majority of us don’t like talking about ourselves. Am I right? Females especially because we don’t want to sound self absorbed or like we are bragging. But it’s time to get over that stigma. My very first job out of college was based on how well you could network and sell yourself. Networking was the name of the game. I had to learn how to “sell” myself pretty darn quick with all the events I had to attend.

Today I thought I’d give you 3 networking tips that I feel helped me get over my fear of networking and build my company over the last 8 years. Before I get started though you’ve gotta look good (and professional) if you want people to take you seriously. Even though I am in an industry with majority women these days I still dress up like I’m a business professional if I’m going to a meeting, luncheon or anything else where I could meet a potential new client. That’s why I’ve got 3 networking outfits from Ann Taylor to go with my networking tips! 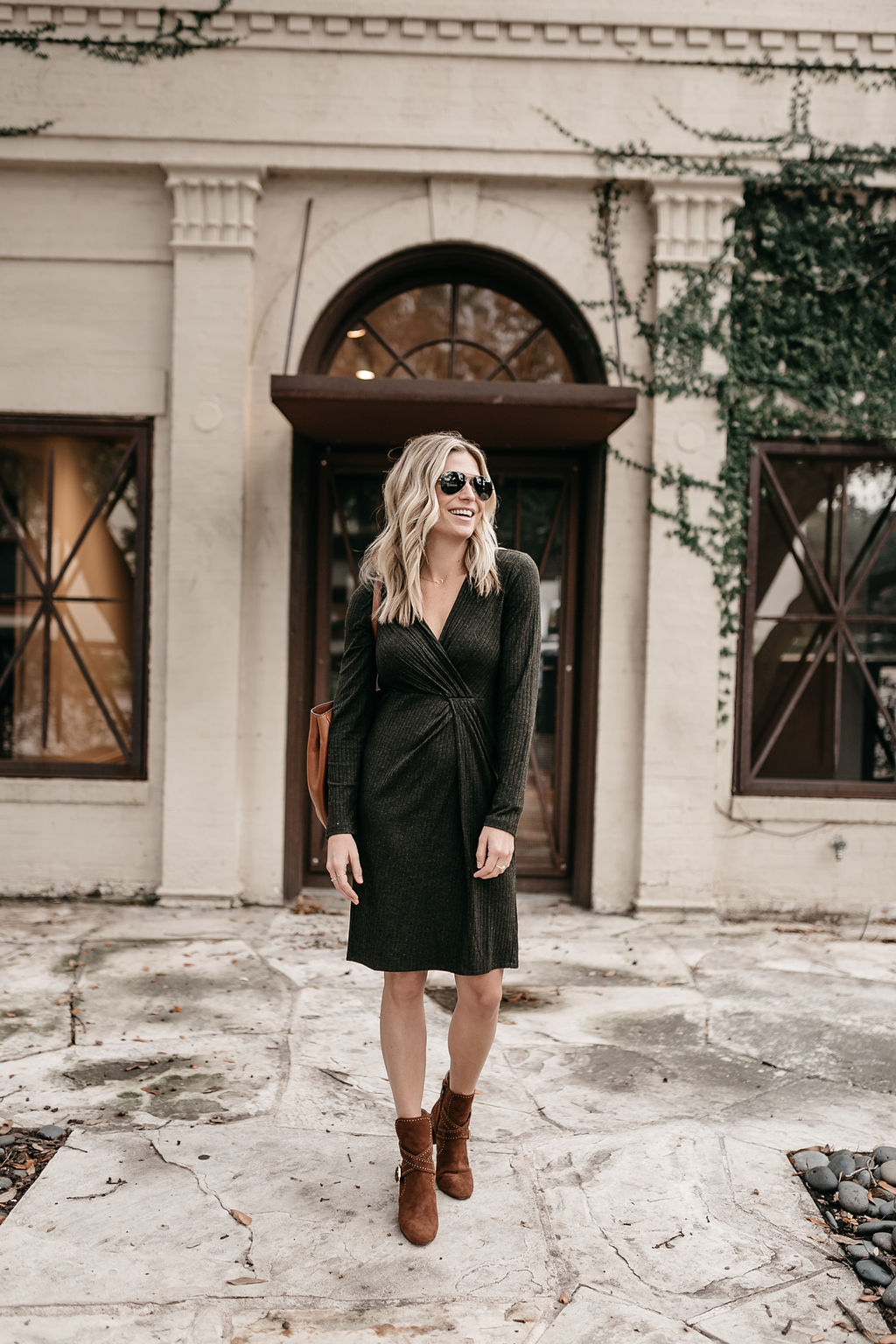 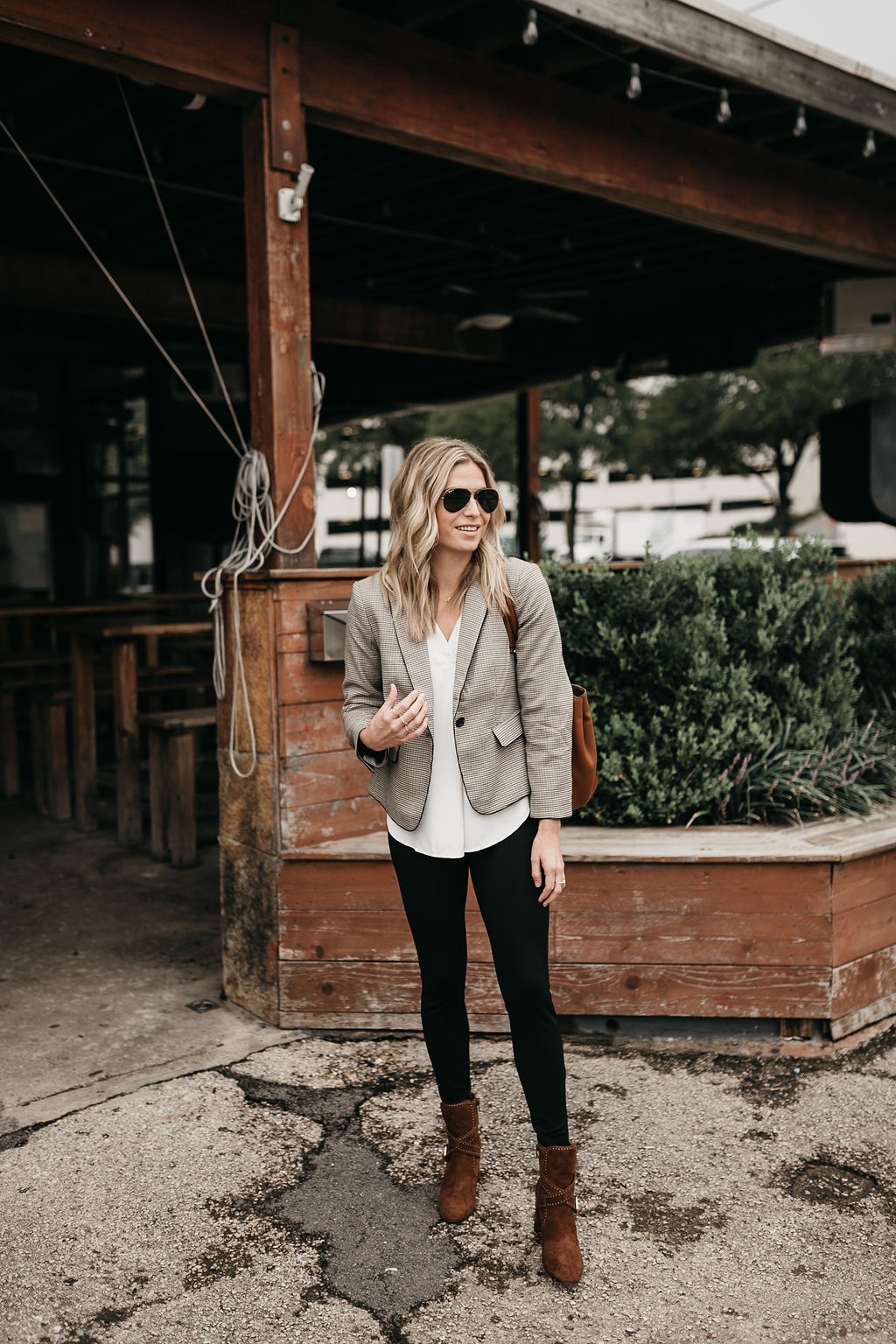 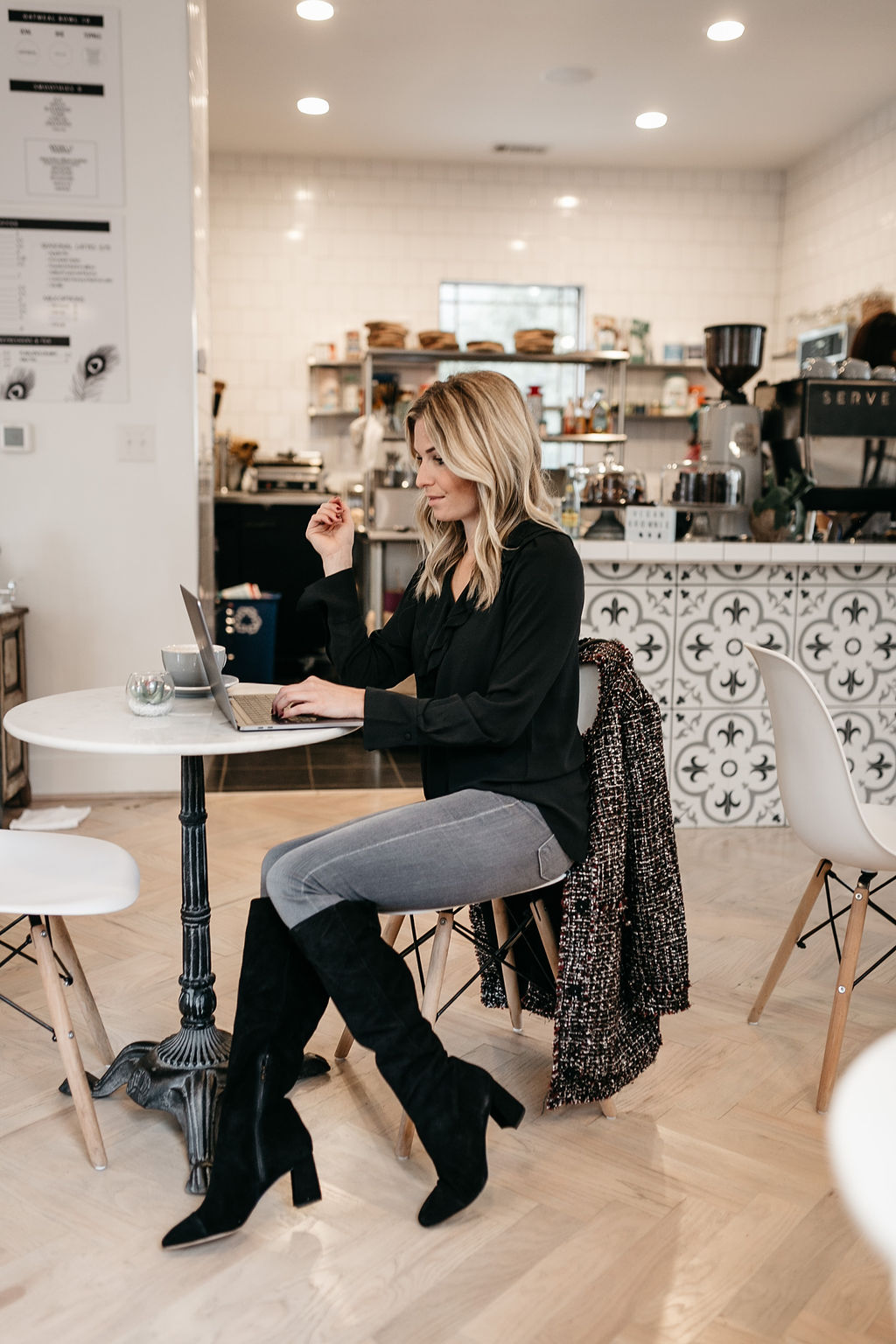 Find Something in Common

Hopefully most of the time you’ll be at an event with a co-worker or friend so you can work the room together. Either way if you can’t figure out a way to strike up a conversation with someone (not about the weather!) try these 5 Conversation Starters. Another tactic I use to open the conversation is giving a compliment. Who doesn’t like hearing something good about themselves?

Once you’ve given them a compliment and shown an interest in something they find interesting it’s easier to ask for a meeting afterwards. 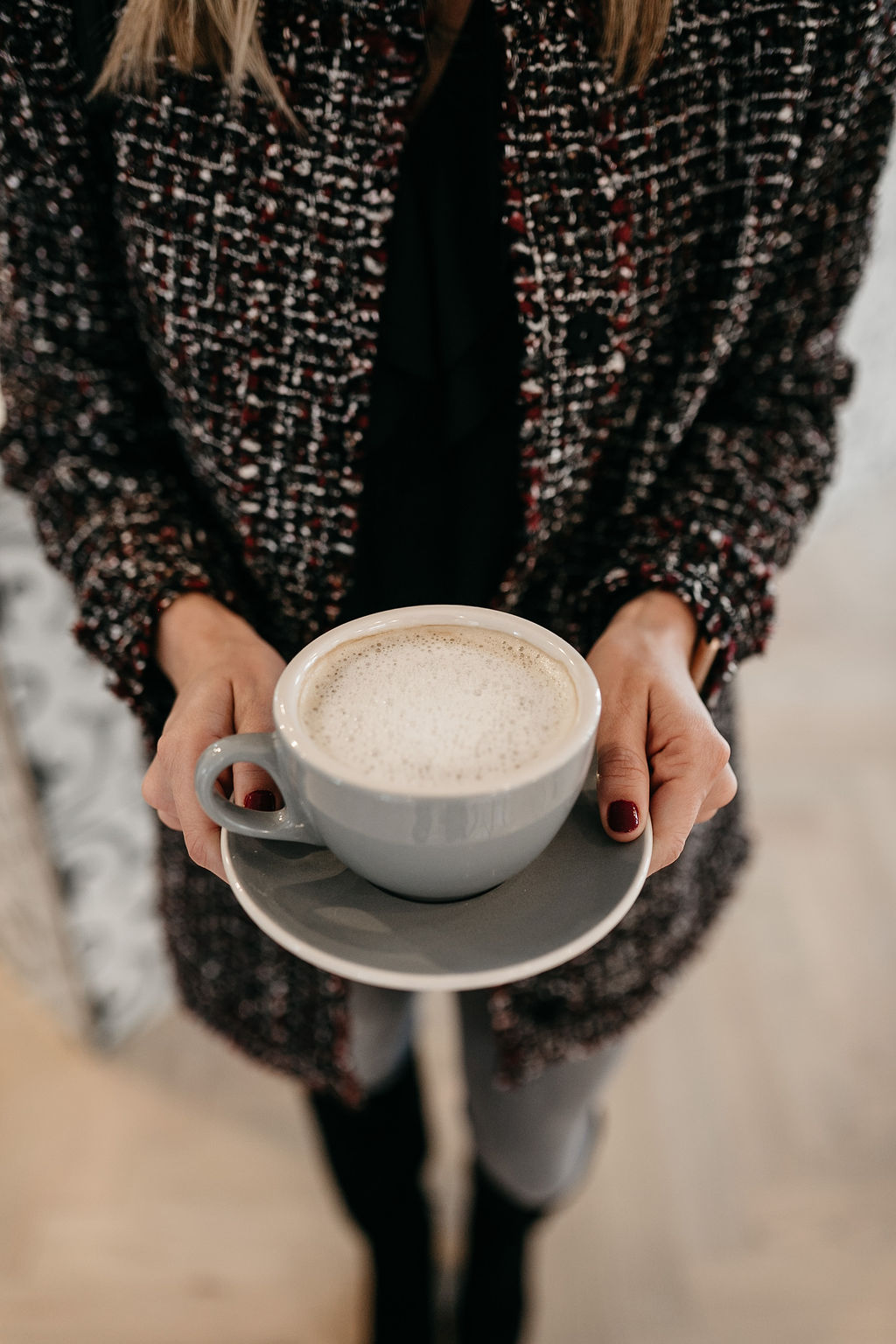 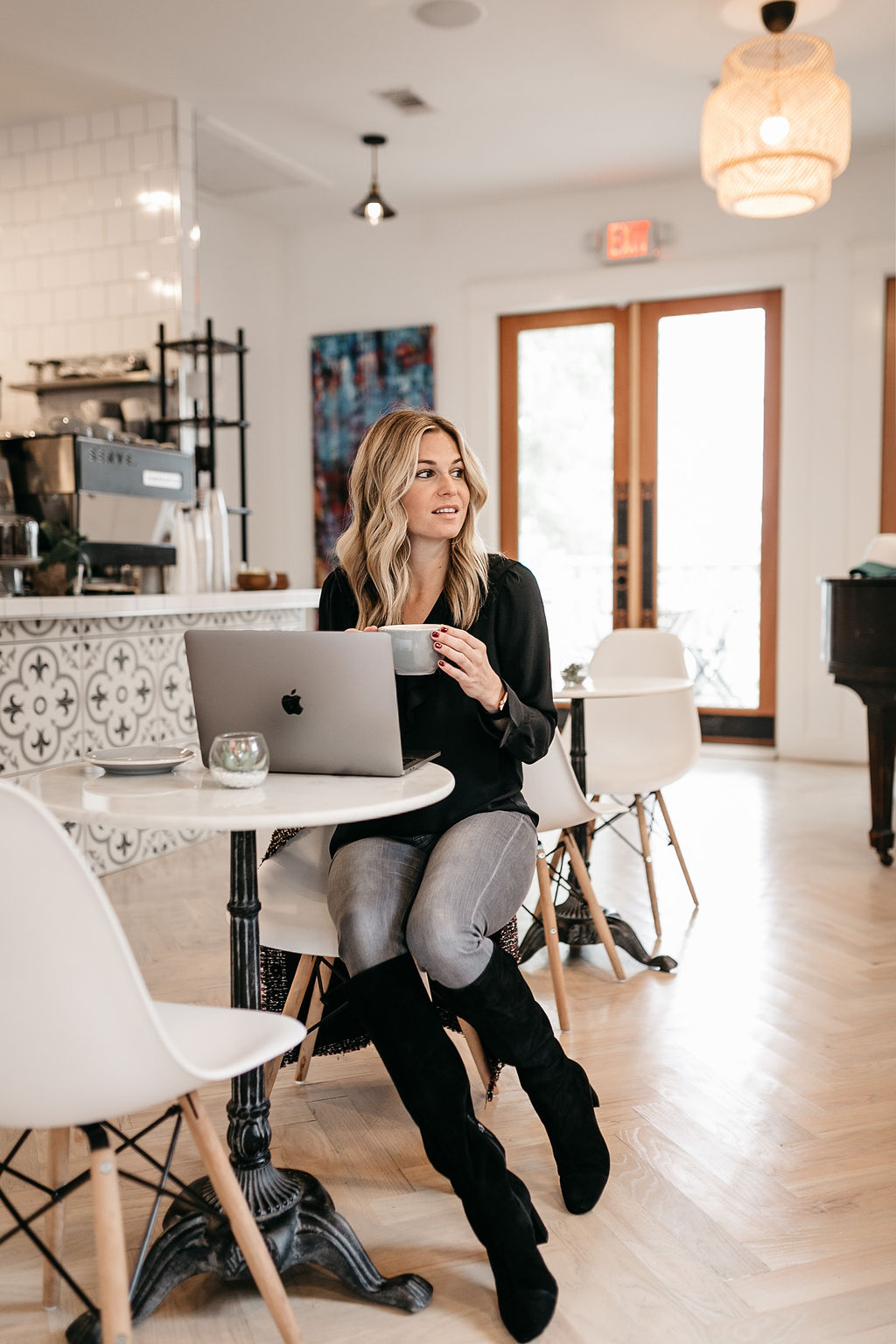 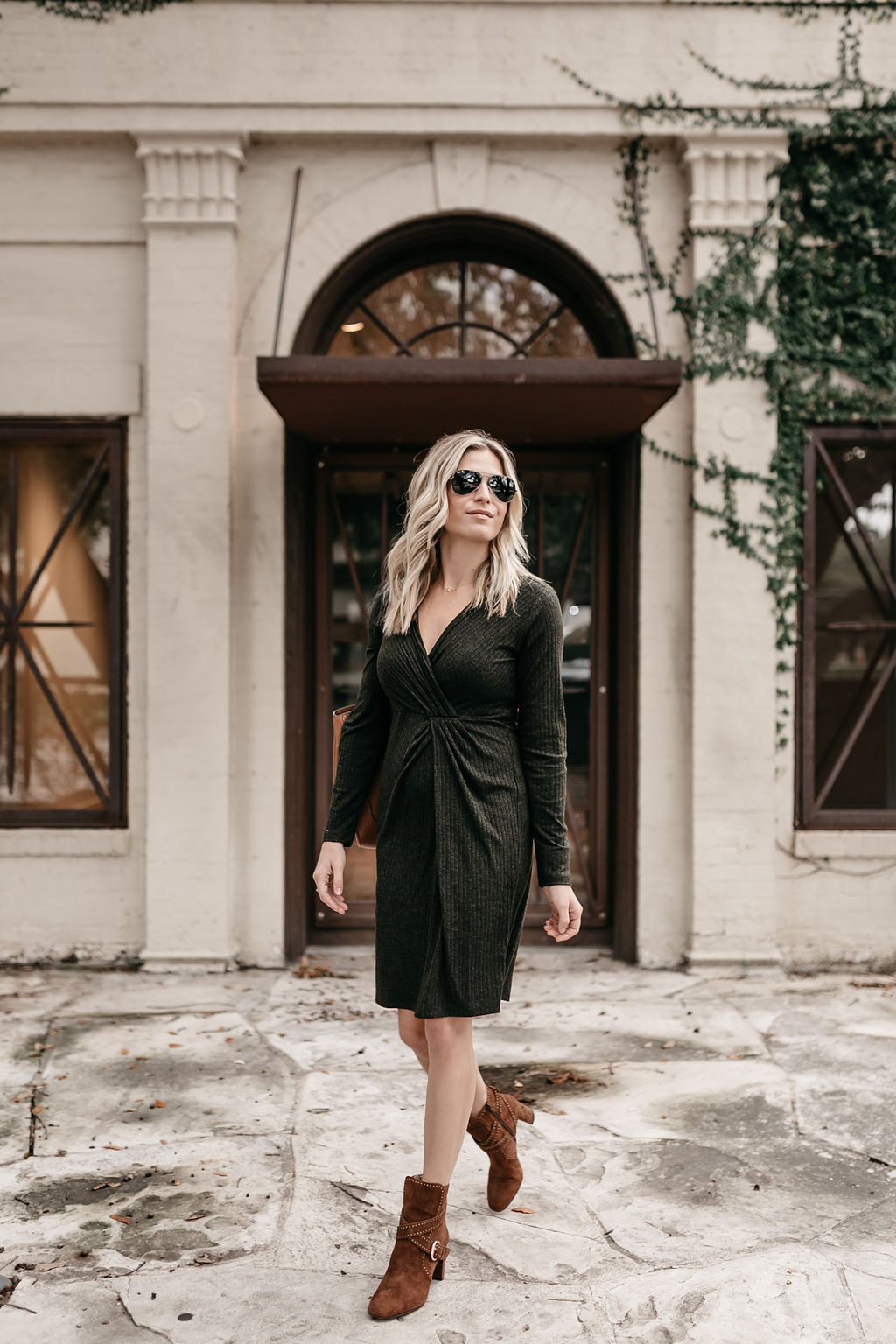 It’s NOT bragging. Now I’m not saying immediately inject yourself into the conversation by something about yourself. That’s why I start with a compliment and asking them about what they do first. Most likely they’ll ask you the same question in return which is the appropriate time to put yourself in good light.

When someone asks you what you do don’t just say, “I’m a ______ at ______ job.”. Just like an elevator pitch you should have a pitch about what’s currently going on in your job. It’s as simple as a new idea you have or a big deal you just closed. Maybe you were working on that deal with someone who knows the person you’re talking to? Or maybe the idea you have could be beneficial to their company somehow?

I was at a local ice house having a beer with my friends after my last “Blogger Boss Workshop” back in March. This guy sat down next to us with his dog so we instantly started small talk due to our common interest in our pets (find the commonality!). I introduced myself and told him I was celebrating the success of my blogger workshop over the weekend. His interest perked immediately. Why was a guy in his 50s interested in a fashion blogger?

Even though he was in the real estate business his daughter had given him an idea for a fashion endeavor. He didn’t have any clue about the fashion/blogging industry so he brought me in to consult and give him some insight. Guess what? He offices in Old Parkland here in Dallas which is the most expensive office space in the city meaning he is a BIG DEAL.

Now I have a relationship with him and a potential investor in some new ideas I’ve been working on!! 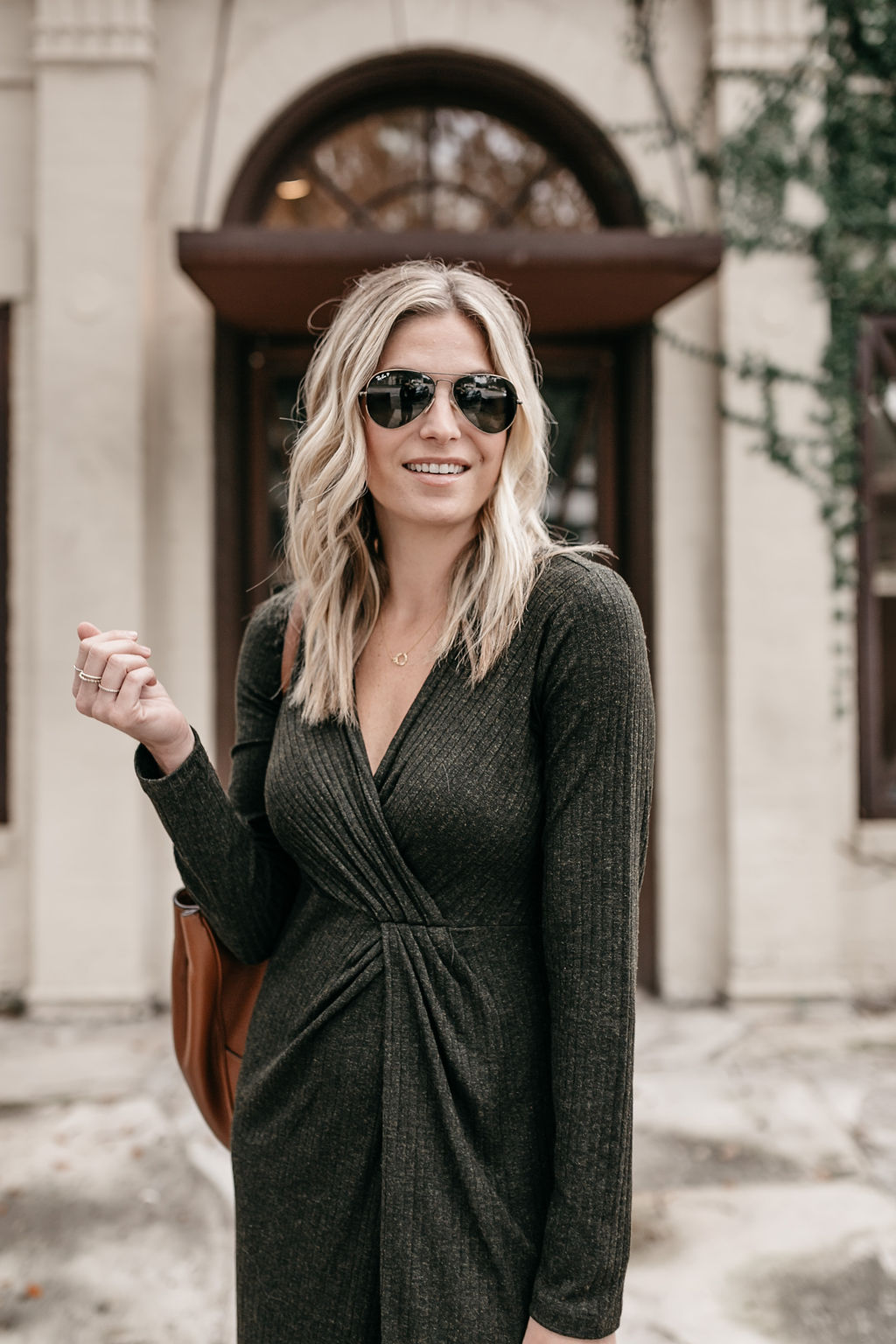 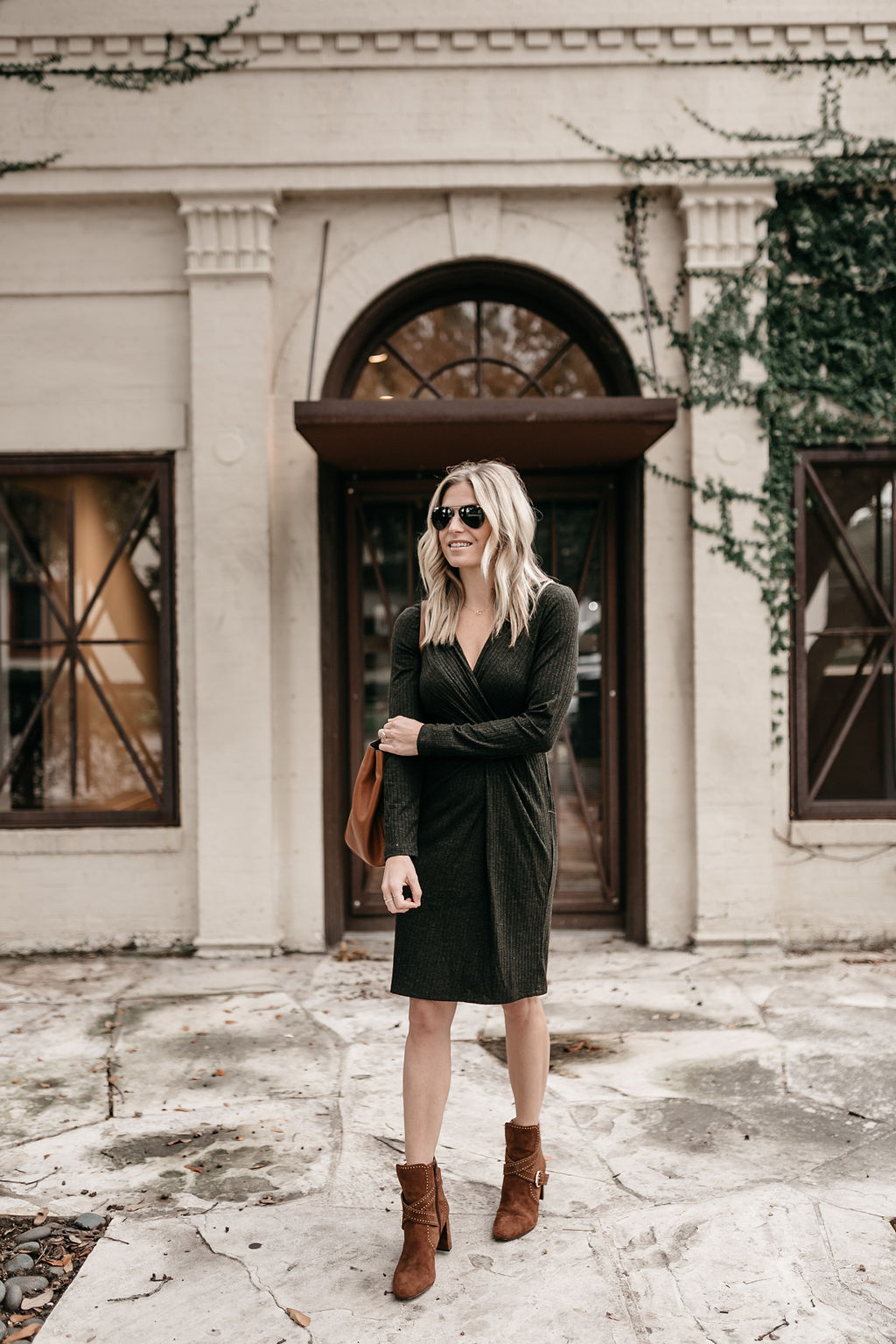 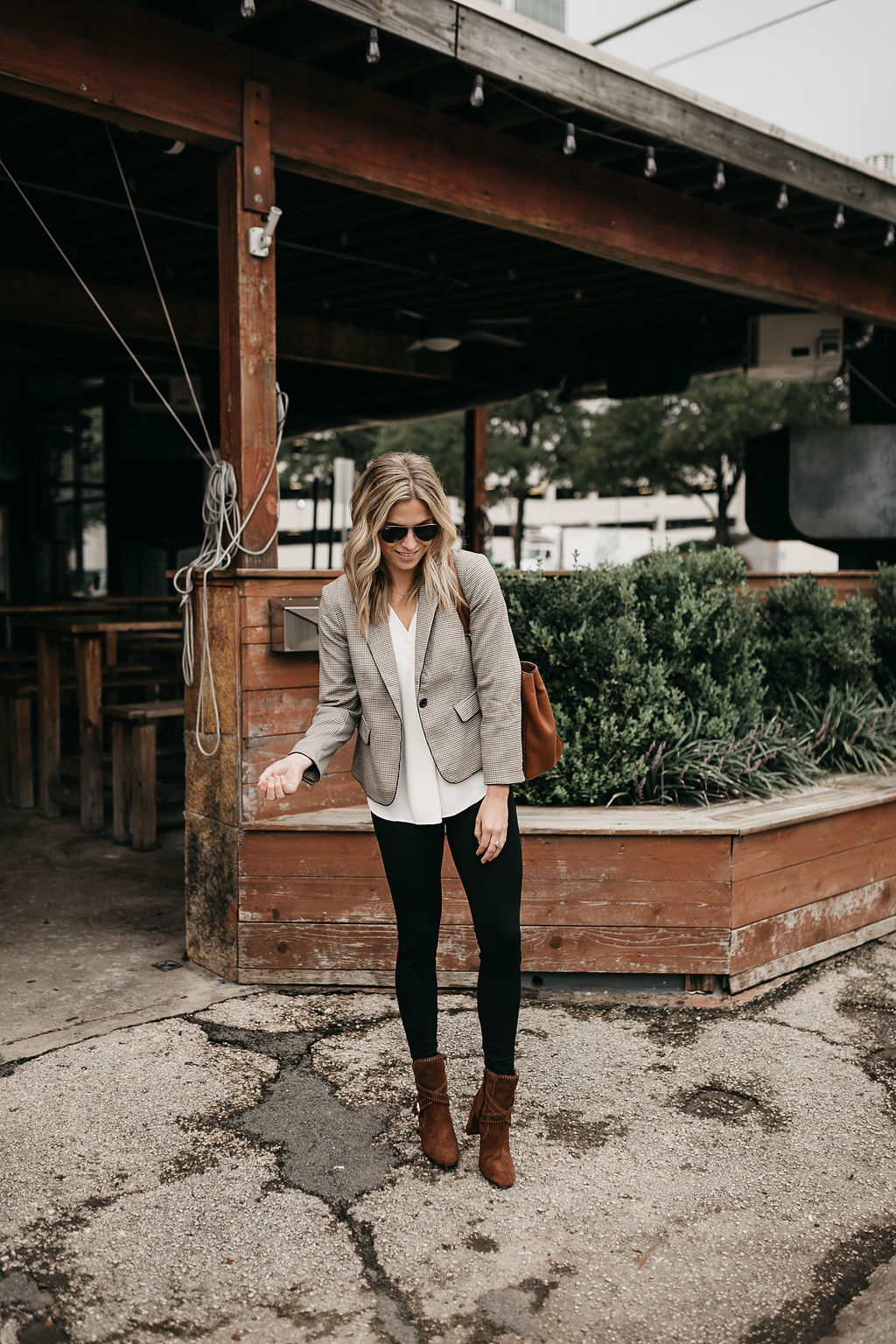 Give Yourself a Pep Talk

Always walk into an event with your head held high and a smile on your face. People notice happy people. Also, it doesn’t hurt to have on a cute outfit. There is something about a really great blazer that makes me feel smarter and more accomplished for some reason. That’s why I instantly bought this plaid blazer!

If you need to sit in the car for a few minutes to give yourself a pep talk before you head into an event just remember… You may not be at the same level as some people in the room, but you are still working just as hard as anyone else in that room to get where you are today. God has a plan for YOU. So you never know when you might meet someone who will give you your next job offer or think you are a bad ass blogger boss!

The first thing I do in a room is always find something to drink. That way I’ve always got something in my hands so I’m not fidgeting or crossing my arms.

Never assume you you aren’t good enough or qualified enough. I remember meeting one of my best digital marketing clients at brunch one day. He was hitting on my friends while we were watching a Cowboys football game. After chatting about football for a little bit he told us he was an NFL agent. I had always wanted to work in the sports industry so I was kinda freaking out that we met him.

I had only had my digital marketing company for a few years so I didn’t think he would have any interest working with me. Wrong. He hired me the next week! A few months later, I was at the NFL Draft in New York City as probably one of the youngest marketing managers there…and probably one of the few women working in the industry. 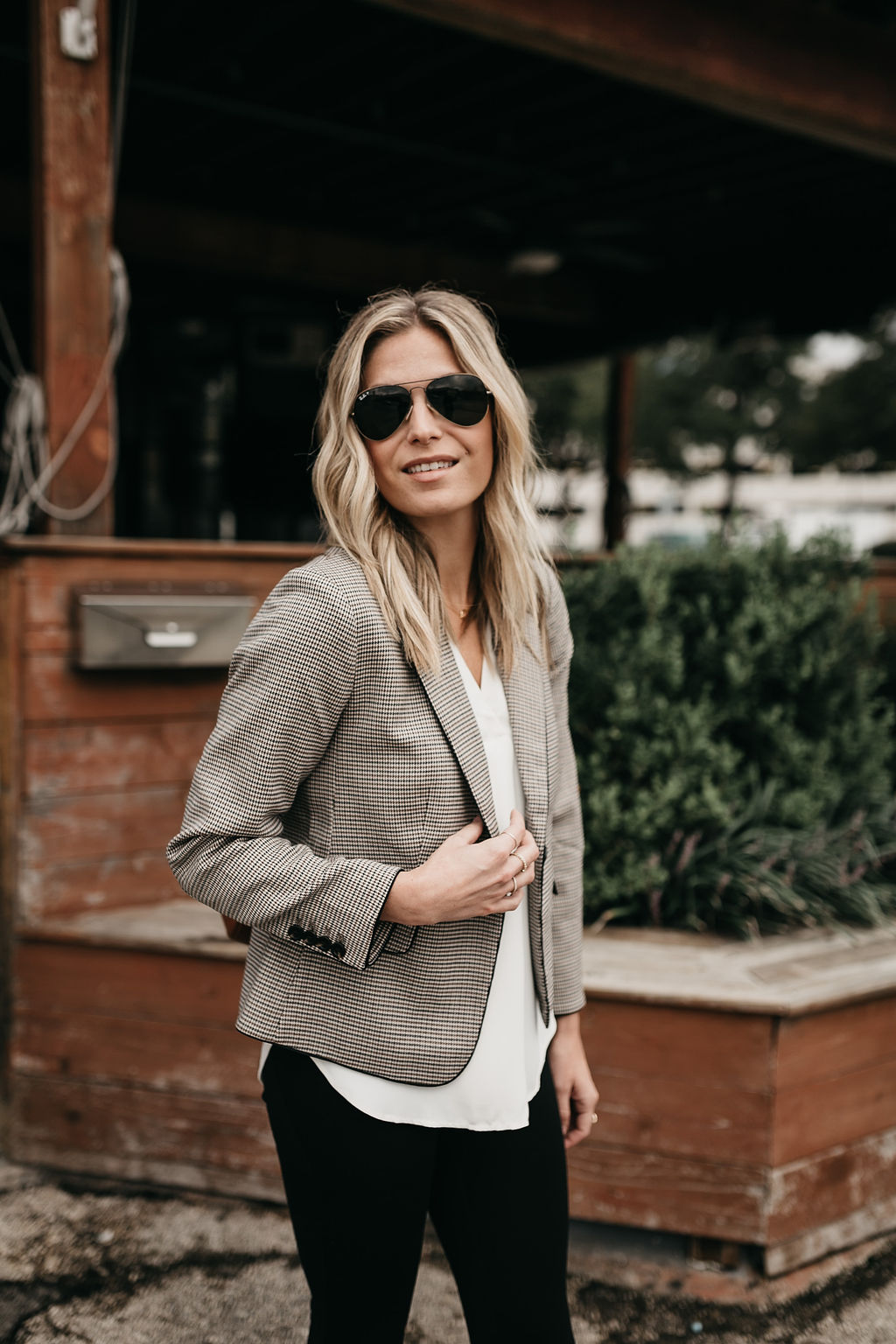 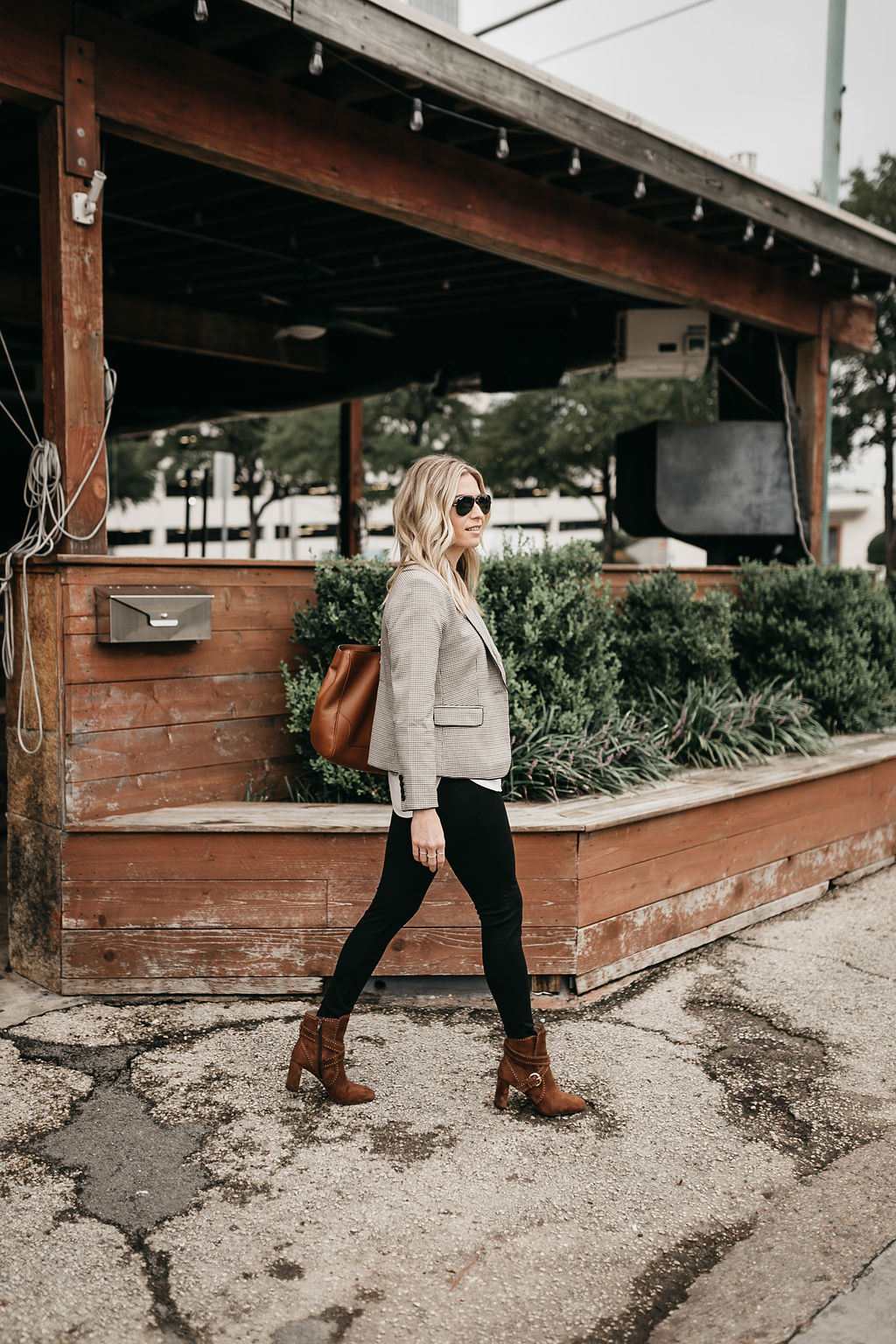 Networking can happen anywhere at anytime. I’ve met more people and built more relationships than I ever imagined by using these 3 networking tips. Also, as I mentioned before it helps to have a great outfit 🙂 This amazing green sweater dress is so pretty and great for a fall work dress. And this tweed jacket… I think someone might be giving you the compliment because this thing is such a gorgeous stand out piece for fall!

*Thanks Ann Taylor for sponsoring this post. All opinions are my own.

Charlie approves of this holiday look! 🥂But he