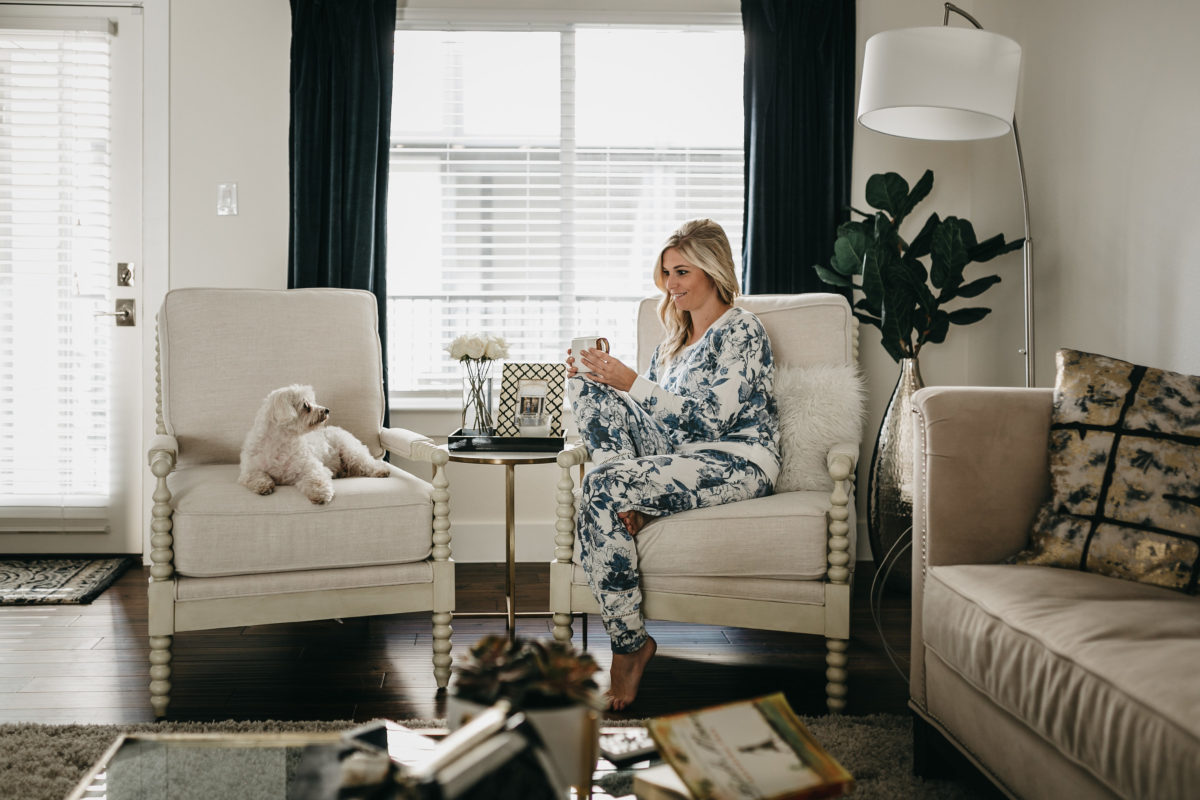 Heartbreak… I wish I was writing to tell you I’ve discovered a medicine that cures all heartbreak instantly. Let’s hope someone out there is working on it, right? I’ve needed a heartbreak cure lately… I met someone a couple of months ago who I fell for very quickly. We had a ton in common, and things just seemed easy when we were together. However, he had some major baggage that was very unexpected. Regardless of how hard I tried to guard my heart, I fell for him fast. My gut was telling me almost the entire time I was getting to know him that he needed time to heal… I just didn’t want to walk away. I think this is the worst kind of heartbreak because you can’t be mad about anything. It’s just timing…

Now that I’m out of my messy 20s, I know exactly what I’m looking for when dating.

He had several of those qualities, and it finally felt like I had the opportunity to be in a “healthy” relationship. I was healthy, but like I said he needed time. It’s so hard to know it’s just a “timing” thing, and wonder why God put this person in your life if it wasn’t going to work out? I know He is working on my heart and I’ll probably learn something from the situation, but it doesn’t make the heartbreak any easier.

I’ve never thought I’d get married until I was 30, but now I’m 30 and still single. Wondering when I’m going to meet the right guy, and if I’ll ever get married is the absolute hardest struggle I deal with every single day. Honestly, when everyone around you seems to be getting engaged or in a relationship I can’t help but wonder “what is wrong with me?”.

We lived together and went through premarital counseling because we truly thought we wanted to get married. Oh, how I was so wrong! Every time I envisioned him proposing to me I could never say “yes”. That should have been a major red flag, but no I kept fighting for things to get better. We fought more than anything from the beginning of our relationship. Even though I knew how bad it was I didn’t want him to leave me. When he finally walked away it was the best thing that could have happened to me.

I dove into work and actually started putting effort into this blog. Look where that got me 🙂 Also, it was the first time I felt free which gave me time to really get to know myself. Everything about me and what I loved was tied to him over the last several years. I traveled as much as possible and reconnected with a lot of my friends. My friendships had struggled because everyone knew I needed to get away from him, but I didn’t want to listen to them at the time.

Say YES to everything.
This was some of the best advice I’ve received. No matter how sad and upset you feel just say “Yes” to anything so you stay busy.

Get a therapist.
This is the best money I’ve ever spent. Your friends and family can only give you advice for so long, and sometimes you just need to hear it from an outside voice.

Spend time on the couch and don’t hold the emotions back.
Oh, the Friday nights I spent crying my heart out… It sucked. But it helped SO much. Instead of trying to stuff everything down I had to let the hurt out.

Dive into your faith, and read…a LOT.
My faith is extremely important to me. It’s the only way I know how to TRUST that there is a happily ever after for me. However, trusting HIM in a time of heartbreak is so hard. It’s okay to get mad at Him. But, in the end, God is the only one who has your back.

Take an adventure even if it’s a small one.
I told you all I started traveling a lot after my 4-year breakup. Even if you can’t afford to jaunt all over the world take a road trip or even do something in your city you’ve never done before. I promise it will help you feel happy again. 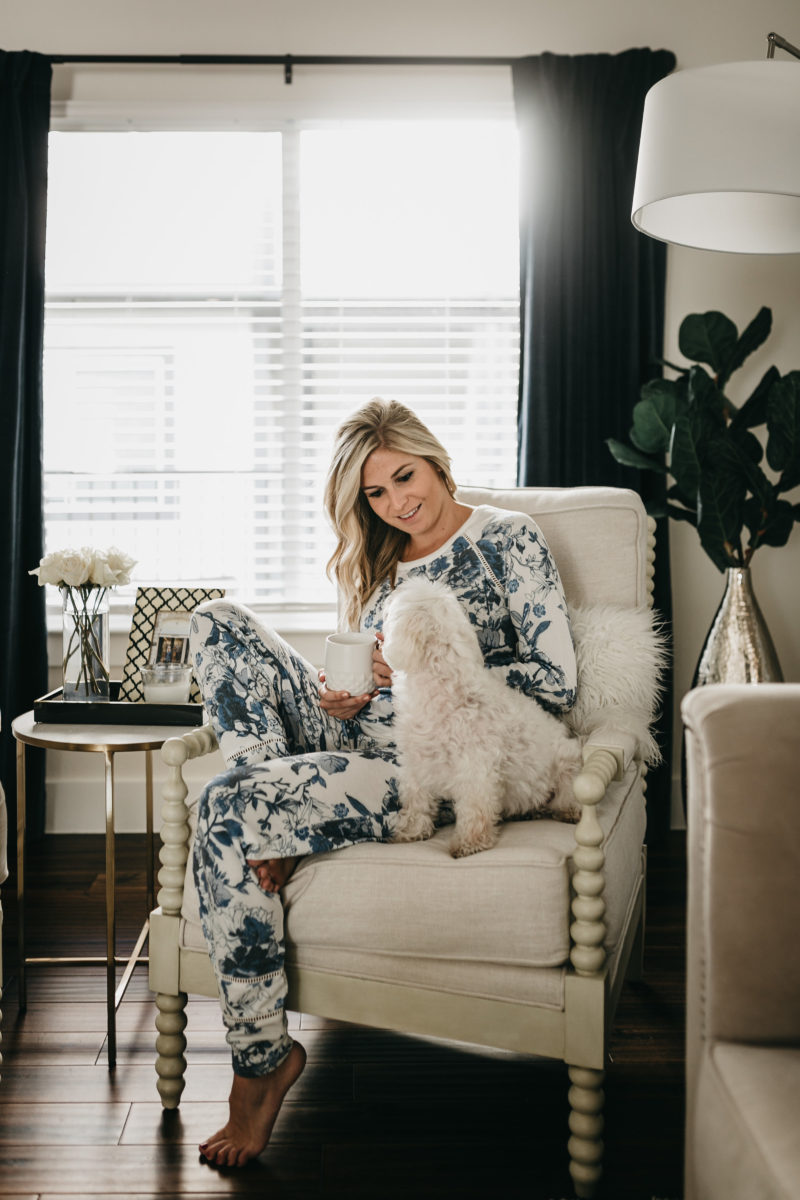 So after a 4-year relationship, I had to get back into the dating scene.

I’ll tell you right now I absolutely hate dating. I don’t think my heart was built to “date”. My downfall and the best thing about me is my big heart. My friends don’t understand how I can fall for someone so hard and so fast. After I took The Enneagram Test it made so much more sense. I’m called “The Loyalist”. I cherish my friendships and relationships more than anything in the world, and when someone walks away from me it’s crushing. Last week, I actually told my therapist I didn’t want to have such a big heart because it hurts so bad. She reminded me it’s not a bad thing to love so hard.

Especially in our world today. With social media and dating apps it’s overwhelming. You’re constantly surrounded by engagements, babies, weddings and it’s hard not to feel sad that it’s not you. If there is one thing I’ve had to do it is stop looking at social media. Obviously harder than it seems, but it helps. If you have to delete your account to stop looking at an ex-boyfriend then do it.

I dated a guy over the holidays last year, and the relationship was amazing. Then one day he just decided he couldn’t do it. Literally, within 24 hours it was like a switch flipped. Once again, I had that “what is wrong with me?” feeling. Then almost a month later I saw him in an entirely different city on a date… you tell me what the odds are of that happening… The only thing I could do was delete him from everything so I wouldn’t feel super depressed.

So how the hell do you deal with dating and heartbreak? I’m still figuring it out. However, it hasn’t killed me yet so God must have something incredible waiting for me. It’s just trusting Him that is hard when you feel so defeated. If I have such a desire to be married then I have to believe He will fulfill my heart’s wish and He will do the same for you.

DATING AT 30 SNIPPETS OF ADVICE

You know what you want. Don’t compromise on those things… You’ll just end up wasting your time.

It’s true and you know it. Hoping he can change just isn’t going to happen anymore. We are older and pretty set in our ways. If there is something that is annoying you at the beginning of a relationship then run away…fast.

I hate my gut. It’s ALWAYS right. It may be telling you something you absolutely do NOT want to do, but in the end, your head most likely isn’t going to win. Also, lean on your friends for guidance, but don’t let them be the deciding factor on your feelings. I’ve made this mistake and then end up driving myself crazy wondering if I should have said or done something that I actually really wanted to do/say. You’ll have more peace if you just be you.

Don’t be afraid to have serious conversations early on.

I’m not just having fun anymore. I’m ready to settle down and start a family so if a guy can’t handle a few serious conversations then move on. Please don’t waste my time. *Also, my therapist told me to give every new relationship 90 days before you can really know someone. So if you have these conversations just remember they may be what you want to hear at that moment, but be sure to revisit those things.

It’s okay to say NO. It’s actually a complete sentence.

Girls…don’t waste a guys time if you know you aren’t 100% interested. You don’t always have to be nice no matter how cute or sweet he may be. You’ll end up being nicer by just saying no in the first place.

I’ve been on a handful of dating apps, but find myself being vague so they don’t swipe away. Dumb idea. Again, it’s a waste of time because I want someone who is on the same page.

No matter how much you’re hurting or how frustrated you are with dating just know there are other ladies out there in the exact same spot!! You’re not alone, and never have to walk through this part of your life alone. If this post does anything, I hope it may create a place for single women to connect and build support 🙂

Rodeo things… It was definitely a show and a fun

Dreaming this was my backyard today with this wint

Back home sweet home 🤍 But, I think we need to

Do as the Finns do… #saunalife 🖤 I’ll admit